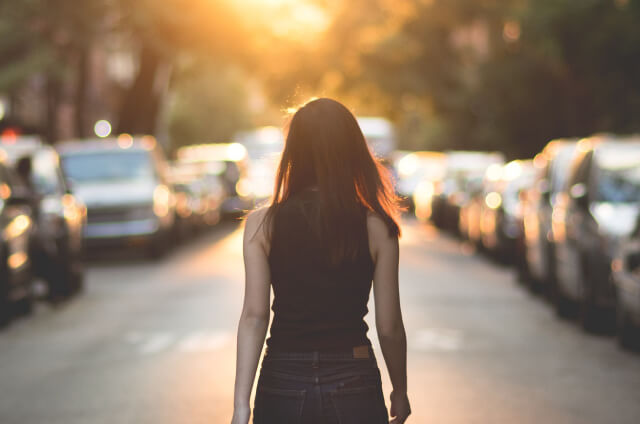 How to Avoid Fatal Pedestrian Accidents

Each year, the city of Austin sees around 15,000 automobile crashes, resulting in thousands of injuries and dozens of fatalities. But no one is more vulnerable in a car accident than pedestrians. Unlike other motorists, a pedestrian lacks any protective barrier between them and a negligent driver, so they end up suffering the brunt of any collision.

As an experienced Austin pedestrian accident attorney, I have met with clients who have suffered horrific injuries—concussions, amputations, paralysis, and spinal cord damage. Their lives have been forever changed because of the actions of a careless or reckless driver.

We have also met with too many grieving family members who lost a loved one in a crash. Please follow the tips below for more information about how to avoid a fatal accident.

You should never jaywalk, which dramatically increases the chances of an accident. Motorists are not expecting a person to shoot out into the middle of the road, so always walk to the nearest crosswalk when you want to cross. Remember to wait until the light tells you it is okay to go. Also, remember to use the sidewalk whenever one is available. If there is no sidewalk, stay as close to the shoulder as possible to reduce your chances of getting hit.

Yield the Right of Way, if Necessary

A pedestrian in a crosswalk has the right of way, but don’t expect motorists to respect that. Too many motorists think that pedestrians should yield to them. Out of an abundance of caution, always yield to a vehicle that is racing through the crosswalk.

Make Yourself Visible at Night

A motorist who can’t see you is much more likely to crash into you, so increase your visibility accordingly. Some measures people take include:

Watch Out for Bicycles, Too

Trucks and cars are not the only dangers a pedestrian must watch out for. People on a fast-moving bicycle can also slam into pedestrians and cause life-threatening injuries. Unfortunately, many cyclists are even less observant of the rules of the road than drivers of passenger sedans, so keep your eyes peeled for any approaching bikes.

If you’re looking at your cell phone, you’ll never see a vehicle racing toward the intersection. Wearing headphones can also limit your ability to hear a vehicle, making you even more vulnerable. Always reduce distractions and remain alert to your surroundings. Walk on the side of the road facing traffic so you can see the vehicles as they approach.

Go Immediately to the Doctor if You are Struck

Some people actually feel fine after being hit, only to finally succumb to problems a day or two later. You might not immediately know whether or not you have suffered a serious injury, so go to the doctor or hospital to be checked out. Some brain injuries, for example, don’t manifest for a day or two.

Meet with a Pedestrian Accident Attorney

If you or a loved one was struck by a car or bicycle, you must move quickly to preserve your right to legal compensation. Talk with an  Austin Pedestrian Accident Attorney today. Robert Littlefield Buford III has helped countless pedestrians after a serious injury, and he is available to discuss your legal options as well. 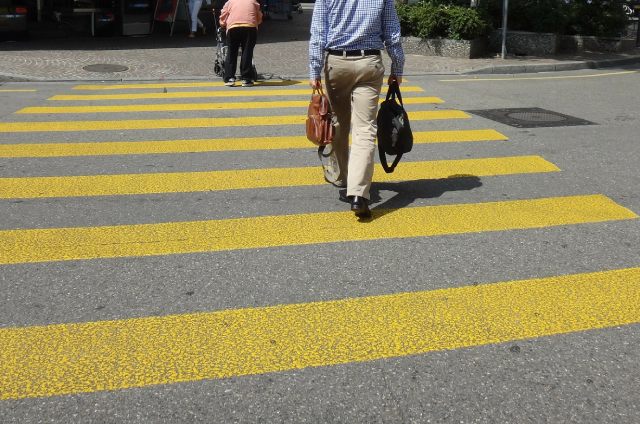 Texas law assigns liability for an accident to whichever party is at fault. However, Texas law also recognizes that sometimes pedestrians, as well as motorists, can be at fault, which means that both share responsibility for the crash. This is called “comparative negligence,” and it often applies when a pedestrian is jaywalking.

To determine liability, we need to assess each party’s actions leading up to the crash. If you need help with this task, please contact an Austin pedestrian accident attorney right away for a free consultation.

Was the Pedestrian at Fault?

Fault is also called negligence, which is the legal term for failing to use sufficient care. If you were negligent, and you injured someone, then you need to pay them compensation.

Here, a pedestrian who is illegally crossing the street has certainly been negligent. Whenever someone breaks the law, chances are very high that they were not careful. This means the pedestrian is at fault for the collision and would need to pay compensation to the motorist who was also involved.

But was the Motorist also Negligent?

As mentioned above, Texas law recognizes that both parties can be negligent. Just because the pedestrian was negligent does not mean that the motorist is automatically let off the hook.

Instead, we need to analyze why the motorist hit the pedestrian. For example:

If the answer to any of these questions is yes, then the motorist might also be at fault for the crash. In other words, both the motorist and the pedestrian share liability.

However, in some cases, the motorist might not be at fault. For example, the pedestrian might have stepped right out in front of the vehicle, robbing the driver of any time to swerve or hit the brakes.

Texas law will allow an injured victim to receive compensation, but they cannot have been more negligent than other parties. In other words, a victim can be 50% responsible for a crash but not more. If they were 51% or more responsible, then Texas law bars their recovery of compensation.

Under Texas’ comparative fault rules, the amount a negligent victim can receive in compensation will be reduced by their percentage of fault.

Let’s say a motorist reading a text message hits a pedestrian who is jaywalking. The pedestrian suffers $20,000 in damages, but the jury believes she is 50% at fault for her injuries. In this case, she can only receive half of her damages, or $10,000. If she were only 30% responsible, then she could receive $14,000. And if she were 60% responsible, she could not receive anything.

Jaywalking pedestrians are not relieved of legal liability for an accident, but Texas law allows them to receive compensation. If you have a question about a car crash, contact an experienced Austin pedestrian accident lawyer today.

Robert Littlefield Buford III, attorney at law, has helped countless injured pedestrians and motorists. You can schedule a time to meet with him by calling 512-456-9126 or sending an online message.