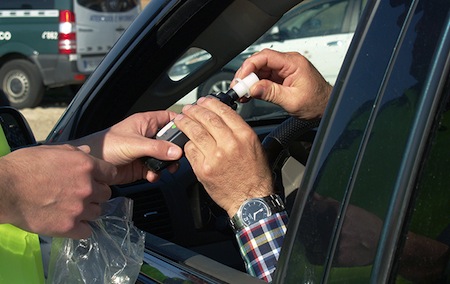 Can Austin Police Force Me to Take a Blood Test If They Suspect DWI?

When you are suspected of drunk driving, police in Austin and throughout Texas must still respect your constitutional rights. This includes the right to be free from any unreasonable search of your person. A search is considered unreasonable if law enforcement does not first obtain a warrant or establish there is some “exigent” or emergency circumstances that excuses the lack of such a warrant. Any evidence obtained by the police in violation of these requirements cannot be used against you at trial.

In DWI accident cases, one of the most common searches that a defendant may face is a blood test. A blood-alcohol test is often the key piece of evidence used to convict a person of DWI and related offenses, such as intoxication manslaughter. Police and prosecutors often attempt to conduct such blood tests without a warrant, but Texas courts have increasingly rejected such efforts.

In 2014, the Texas Court of Criminal Appeals held that “warrantless, nonconsensual testing of a DWI suspect’s blood does not categorically fall within any recognized exception to the Fourth Amendment’s warrant requirement.” But the Court did not say that all warrantless blood tests were illegal. Rather, it held the government could not create a blanket exception to the warrant requirement for DWI blood tests. Depending on the circumstances of a particular case, a warrantless blood test may still be deemed legal.

Still, the Court’s decision offers DWI defendants an important tool in challenging the evidence against them. For example, on May 10 of this year, a Texas district court of appeals reversed a defendant’s conviction based largely on a warrantless blood test. This case was of particular interest given the defendant was not convicted merely of DWI, but felony murder arising from an alleged act of drunk driving.

The defendant was returning home from a bar when he struck a motorcycle. The motorcycle operator suffered fatal injuries. Police officers responding to the scene disagreed as to whether the defendant appeared intoxicated. Some officers took the defendant to a nearby hospital, where they ordered a blood test without the defendant’s consent—he had refused it—or attempting to obtain a warrant. Following a trial, a jury convicted the defendant of felony murder.

On appeal, the defendant challenged the admissibility of the warrantless blood test. The appeals court agreed that the police had violated the defendant’s constitutional rights. The court cited the testimony of the lead Texas Department of Public Safety officer at the scene, who said he took “zero steps” to obtain a warrant, even though at least 90 minutes elapsed between the accident and the blood test. Indeed, although the accident occurred after midnight, local police “had a process in place to assist officers in obtaining warrants.” The policy simply ignored that process and the defendant’s constitutional rights. Accordingly, the court said the defendant was entitled to a new trial, one where the blood test results cannot be introduced as evidence against him.

Stand Up For Your Constitutional Rights

Cases like the one above illustrate the importance of constitutional safeguards against warrantless, non-consensual searches. If you face criminal charges as the result of alleged drunk driving, or if you have been struck by a drunk driver in Austin, it is important you retain an experienced Austin personal injury lawyer or an Austin DWI accident attorney who can help ensure the courts and law enforcement respect your rights. Contact the Austin DWI lawyers at The Law Office Of Robert L. Buford today if you require immediate assistance.